Orthopaedic surgeons work hard to find good alternatives to total hip arthroplasty (THA) in patients <50 years old. That’s because the high functional demands and longer remaining lifespan in these patients can result in excessive wear of the bearing surfaces and loosening of the components—both of which have been documented in multiple publications. But what happens when THA is the most viable solution for a posttraumatic or congenital hip problem in a very young patient because arthrodesis or other osteotomies are not feasible?

In the March 18, 2020 issue of The Journal, Pallante et al. report medium-term outcomes of THA in 78 patients who were ≤20 years of age at the time of surgery, with follow-ups ranging from 2 to 18 years. The findings included the following:

However, despite these impressive clinical and survivorship outcomes, I advise orthopaedists not to lower their resistance to performing THA on these very young patients, many of whom present with hip problems caused by deforming conditions such as Legg-Calve-Perthes disease. We really need 30 to 40 years of outcome data to truly  understand what happens with function, revision rates, and wear characteristics in this population. Having said that, I am confident that this group from Mayo will continue reporting on this patient cohort at 5- to 10-year intervals, so that the worldwide orthopaedic community can keep learning from this experience.

Doc, Will My New Joint Outlive Me?

When discussing total joint replacement (TJR) with patients, I and most other surgeons who perform TJRs are invariably asked, “How long will my new hip last?’” or “Will I need to replace this new knee with another one if I live to be 90?” Although these important questions have essentially been studied since the implants and procedures were first developed, precise answers are still hard to come by. That’s largely because many factors can affect the longevity of an implant, including the implant material and design and the patient’s size/weight, activity level, and comorbidities. Also, many patients die before their joints wear out, and their data is often not captured accurately by researchers and registries. It is therefore difficult to give patients anything better than rough-estimate answers.

That is why I was interested to read two recently published systematic reviews in The Lancet. The reviews—one focused on knee replacement and the other on hip replacement—evaluated studies from six different non-US countries with robust joint registries in an effort to answer these “how long” questions. Based on the authors’ pooled analysis of registry data, the reviews found that:

While these data are helpful, they do still not provide specific answers for the many individuals who may not be “standard” patients, and they do not take into account advances in implant designs and materials that have occurred over 25 years. However, as registry data becomes more ubiquitous and robust, especially in the United States with the growth of the American Joint Replacement Registry, I believe these questions will be answered with increased specificity for individual patients. 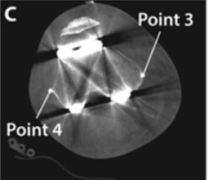 The old adage that “close only counts in horseshoes” may also apply to total knee arthroplasty (TKA). Much attention has been paid to coronal alignment during TKA based on conventional wisdom that prosthetic durability and patient function are strongly dependent on that parameter. To re-check that hypothesis, in the March 21, 2018 issue of JBJS, Abdel et al. evaluated the influence of coronal plane alignment on implant survival by analyzing results from a large cohort of patients who underwent primary TKA 20 years ago.

In 2010, Abdel’s group reviewed a consecutive series of 398 primary cemented TKAs done between 1985 and 1990. Knees were divided into 2 groups based on their mechanical alignment as measured using a full-length hip-knee-ankle radiograph. Knees in the “aligned group” (n = 292) were defined as having alignment within 0° ± 3° of the mechanical axis, and knees in the “outlier group” (n = 106)  were defined as having alignment >3° in varus or valgus. Implant survival was evaluated based on the need for revision, and the specific indications for revisions were recorded.

In the current study, at 20 years of follow-up, the authors found revision rates that were not significantly different between the same 2 groups—19.5% in the mechanically aligned group and 15.1% in the outliers. Multivariate analysis controlling for patient age and BMI did not demonstrate any implant survivorship benefit for the mechanically well aligned group as compared to the outliers.

This study seems to call into question the dogma that a neutral mechanical axis protects against mechanical failure. The effort, time, and money spent on techniques and devices to improve coronal plane alignment by a few degrees (i.e., computer navigation, custom jigs, and robotics) may not translate into meaningful improvements in patient outcomes.

It is important to note that in this group’s 2010 study evaluating the same cohort, 66% of knees in the outlier group were only 4° shy of neutral and only 12% (13 knees) were >6° off. So, while we should still strive for neutral mechanical alignment, it seems that we may miss the neutral mark by a few degrees without harming our patients.

Matthew Herring, MD is a senior orthopaedic resident at the University of Minnesota and a member of the JBJS Social Media Advisory Board.