No Harm When Residents Are Involved in Hip-Fracture Surgery 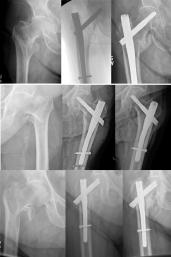 While patients are sometimes concerned that resident involvement in their surgical case might lead to untoward outcomes, the article by Neuwirth et al. in the January 17, 2018 edition of JBJS provides data to alleviate some of those fears. The authors used the NSQIP database to evaluate whether resident involvement with the surgical treatment of intertrochanteric hip fractures resulted in increased 30-day mortality or morbidity, compared to similar cases in which a resident did not participate. The study found no differences in either 30-day mortality or severe morbidity between cases that involved a resident and those that did not.  However, cases involving residents did have significantly longer operative times, lengths of hospital stay, and times from operation to discharge.

These findings, which are similar to those of studies performed in other orthopaedic subspecialties, provide both relief and unease. Surgical education is built on apprenticeship and increasing autonomy throughout residency, so it is comforting that cases of this fracture type involving residents do not increase patient risks of mortality or severe morbidity. The findings suggest that residents are being appropriately supervised and given responsibilities that are commensurate with their level of training.

However, this study also shows that there is a price to be paid for resident education. Any “extra” time that a patient spends in the operating room or the hospital has associated costs to the health care system. Neuwirth et al. show that cases involving residents had a five times greater incidence of lasting more than 90 minutes and an average operative time that was more than 20 minutes longer, compared to cases not involving residents. If one were to extrapolate those added time-related costs across all intertrochanteric fracture surgeries performed in the US each year, the total added annual costs could be astronomical.

My concern is that as we move further toward value-based care, justifying these resident-training costs will become more challenging. Should resident involvement in a case be stopped after a certain amount of operative time? How close should a resident’s surgical time be to that of an attending surgeon’s by the time of graduation? What is the actual cost of resident training per surgical case? This study prompts these and similar difficult questions.

Education, like most investments, requires both time and money in order to pay dividends. While everyone can agree that it is important to train our future surgeons appropriately, there will likely be increasing pressure to do so in the most cost-efficient manner possible.