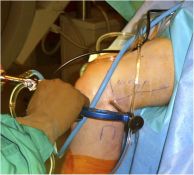 The randomized controlled trial (RCT) may be the gold standard of clinical research, but not all RCTs are created equal. In the December 20, 2017 issue of The Journal, Kay et al. set out to determine the historical quality of more than 400 RCTs relating to anterior cruciate ligament (ACL) reconstruction published between 1985 and 2016.

The authors evaluated the studies using the Detsky quality index (on which a score of ≥75% is considered “high” methodological quality) and the CONSORT checklist. Fifty-two percent of the studies analyzed were surgical trials (graft choice, femoral fixation method, and single- vs double-bundle techniques), while 48% were nonsurgical trials (analgesic and rehabilitation regimens).

The authors noted a substantial increase in the number of ACL RCTs over time, although that number has not changed significantly since 2009, which is coincidentally the year that JBJS and many other journals required authors to use the CONSORT flow diagram. Notably, the reporting of methodologically sound randomization processes and the prospective calculation of sample sizes have also improved significantly in recent years.

While the authors are encouraged that “close to 50% of trials in this study reported blinding of outcome assessors,” they say areas for improvement include better “descriptions of allocation concealment and intent-to-treat analyses.”

Do you know the answer to the JJBJS Clinical Classroom Challenge of the Week. ⁠
Cervical-Thoracic Epidural Hematoma Associated with a T1 Clay-Shoveler Fracture in a Pediatric Patient⁠
Looking for CME opportunities? JBJS is always adding new activities and exams, some in single subspecialties and others covering a broad range of topics. Whether you have 30 minutes or a few hours: JBJS has options that fit your schedule. ⁠
JBJS Classic - Transactions of the American Orthopedic Association, September 1891⁠
With over 4,000 learning probes and more added regularly, JBJS Clinical Classroom keeps surgeons current with the latest research, procedures, and information in 11 subspecialties. ⁠
In this episode of #OrthoJOE🎙️🎧, Marc and Mo are joined by special guests Ann Van Heest (Professor and Director of Education in the Department of Orthopaedic Surgery at the University of Minnesota) and Laurie Hiemstra (Orthopaedic Surgeon at Banff Sport Medicine and soon-to-be President-Elect of the Canadian Orthopaedic Association) in an illuminating discussion on the challenges faced by women in the field of orthopaedics—and, more importantly, what can be done to address these challenges. ⁠